HISTORY OF THE BAND 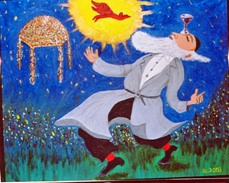 Stu Warshauer was first exposed to the Klezmer genre by listening to recordings in the 1980’s. At that time, there was very little published klezmer music, as Klezmer music traditionally had been learned by ear and handed down from generation to generation. He found that workshop programs had been started in both the U.S. (“Klezkamp”) and Canada (“KlezKanada”) and has attended 11 of these workshops over the past 10 years. He has had the opportunity to learn from distinguished Klezmer fiddle players such as Deborah Strauss and Mimi Rabson who toured with Itzhak Perlman’s “Live in the Fiddler’s House” concert series., Steve Greenman, founder and leader of “Khevrisa”,  Michael Alpert of “Brave Old World” and others. In 2005, Stu Warshauer was awarded Klezkanada’s “Distinguished Achievement Award.” 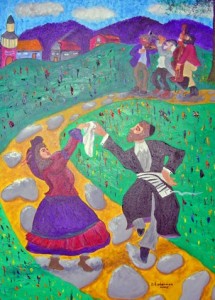 Soon after the word got out of the Naples’ Band’s existence, demand began for public appearances and the NKR Band has since appeared at concerts sponsored by the Collier County Library system, Collier County Jewish Federation, Lee/Charlotte County Jewish Federation, Naples Jewish Social Club, Jewish Congregation of Marco Island, Naples Jewish Center, Chabad Center of Naples and more, played at Purim and Chanukah celebrations from Naples to Punta Gorda and many private engagements at weddings, bar and bat mitzvahs and other celebrations. 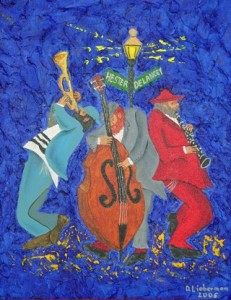 The Band’s motto is “Jewish Music….and More!”. While the core repertoire of the band is the traditional Eastern European (“Ashkenazi”) music of the 16-19th centuries, Sephardic, Israeli, and adaptations of the music of the synagogue and the Yiddish theater are also included. The “and More” part of our motto encourages our talented musicians, where appropriate, to play jazz and popular dance music, adapting the Band’s repertoire to the needs of our audience, just as the Klezmer musicians who emigrated to the U.S. in the late 1900’s and early 20th century found it necessary to change their musical styles.

Founding members of the band include Jane Galler – Vocalist/guitar, who is the Cantorial Soloist at the Naples Jewish Center and Music Director of the Temple Shalom Religious School; Arnold Saslavsky – percussion, who is a graduate of the New England Conservatory of Music; Don Elmer -clarinet and sax, who is a retired member of the U.S. Marine Band. Other more recent participants include Jack Snavely-clarinet/sax, Professor Emeritus of Music at the University of Wisconsin-Milwaukee and former clarinetist with the Milwaukee Symphony, Rabbi Dan Friedman-trumpet; Dick Johnson-accordion;Art Isenberg-keyboard; Joy Spivak – vocalist and Martin Cohn-clarinet.